Starting with firmware released with ChipWhisperer 5.5, ChipWhisperer capture devices can enumerate as both a custom USB device, as before, as well as a USB CDC serial port.

This new serial port allows you to use a serial client, such as Tera Term or PuTTY, to send and receive USART data on the ChipWhisperer in the same way target module is normally used. These two USART methods can be used individually as they have separate RX buffer, or both at the same time, though we recommend that you don't send messages on both at the same time.

This new serial port has a few advantages:

As well as a few disadvantages:

If you're connected to the scope in Python, you can see the serial port name by calling scope.get_serial_ports(). See its ReadTheDocs page for more information.

Some ideas for how to use the serial port: 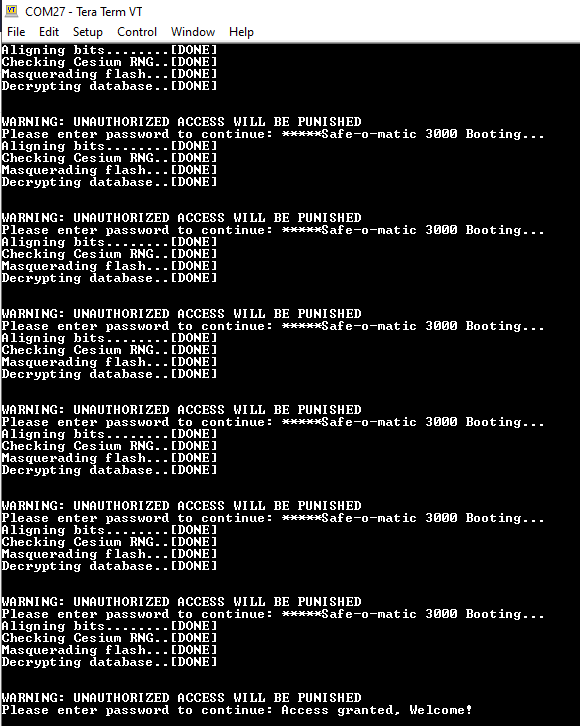 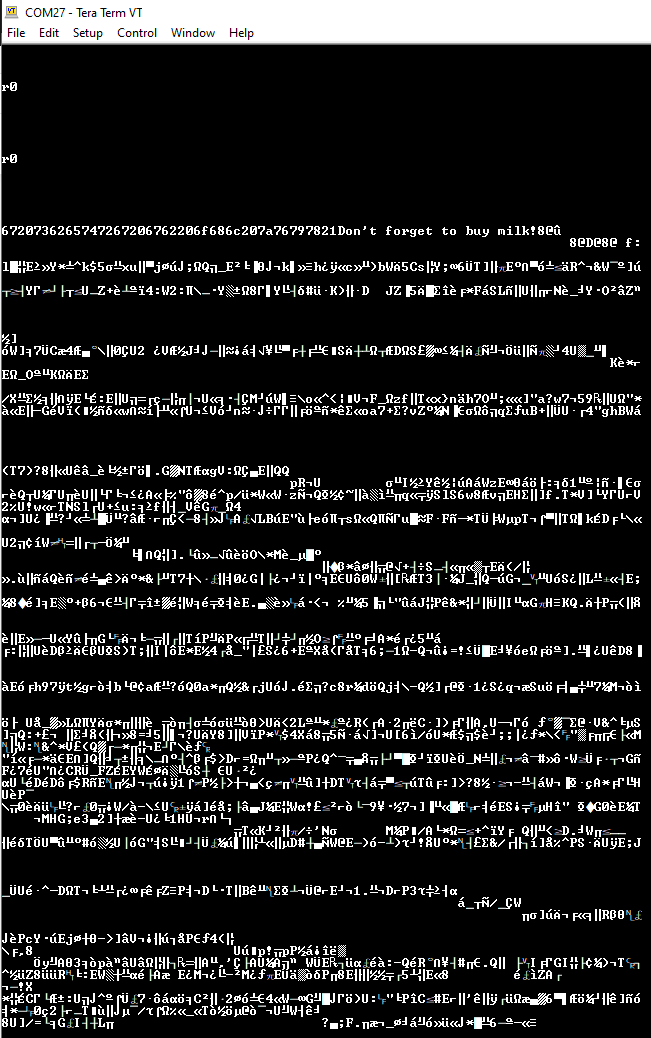 Ensure you're a member of the dialout group:

Unable to communicate on Linux¶

Ensure your serial port is set up properly. Some serial programs seem to have flow control on by default, which can mess with serial communication.

The program modemmanager, which comes installed by default on some versions of Ubuntu, sends data over all /dev/ttyACM* AT command capable serial ports to try to find modems. In modemmanager >= 1.12, this behaviour can be disabled by adding ENV{ID_MM_DEVICE_IGNORE}="1" to the device rule in /etc/udev/rules.d/50-newae.rules.

This issue will be fixed in a future ChipWhisperer update, likely 5.5.1 with firmware version x.31.